Many have tried to compile a list of the best science fiction movies of the 21st century… all have failed. Until now… maybe.

In a brave attempt to distil from a ton of good movies the best 10 of the new millennium, here are my Top 10. Take it or leave it, but I’ve tried to avoid the more bogus entries. So you won’t find Oscar-bait here like District 9 (2009) – a movie that has virtually no sci-fi in it – or even the wonderful Korean hit movie The Host (2006) – as this is actually a horror movie. Nor will you find movies that are “technically” sci-fi in name only, such as the great Brit flic “28 Days Late” (2002) as this is actually a zombie movie.

Nor will you find much of the bloated, brainless CGI action-fests that fill so many of our multiplexes nowadays.  The movies below have earned the right to be here. So without further ado and in no particular order… 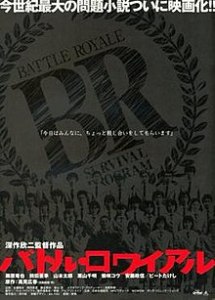 This movie explodes onto your screen with such daring and style it’s impossible to resist. In a near future Japan the government has found a rather unique way of tackling juvenile delinquency. You and your classmates are chosen at random, stuck on an island with a variety of lethal weaponry, and must kill each other before your explosive neck collars take your head off. Kinji Fukasaku’s adaptation of the banned Japanese cult novel by Koshun Takami is a rollicking good roller coaster of a movie, as sweet schoolgirls and naïve schoolboys turn on another to escape their no-win situation. Filmed with sadistic glee, the movie has a serious message about individualism in a society that favours conformity.

What’s that? Groans? But hear me out… when Keanu returned in triumph in The Matrix (1999) it heralded a new era of science fiction… one where everyone wore long overcoats and performed gravity-defying somersaults while shooting hand weapons (Equilibrium, anyone?) . But stylish as that was, The Matrix Reloaded did what all good sequels should do. It went one step further. Now the bad guys are even more stylish, the coats even longer, the gun battles go on for hours, and the superhuman avatars chase each other in one of the best freeway stunt sequences ever filmed. Does he CGI hold up today? Not as well as it should, but when this was shown in cinemas audiences were breathless with the possibility of what could be done with computers. Maybe we’re all still living in the Matrix now. Just don’t mention the third film…

Shot on a miniscule budget, this is THE head-scratching time travel movie you’ve been waiting for. With a plot so complicated it’s impossible to follow, this would set the blueprint for many of the “mind-bending” Hollywood movies in the years ahead. The concept is simple, some friends invent time travel. But the combination of mind-blurring science and labyrinthine plot twists make this one of the most interesting and original movies of the 21st century.

This Spanish low budget sci-fi movie is one of those films that’s excruciating to watch, because you can kind of guess what’s coming next… only you can’t. It’s also been quite influential… and that’s putting it nicely. Check out Triangle (2009) if you don’t believe me. Timecrimes is a rarity nowadays… a sci-fi comedy thriller that shows what happens when time travel intrudes upon the life of an ordinary slob. Cue a hilarious and toe-curling mixture of coincidences, bad luck and stupid errors that put its unlikely hero in more and more peril. Can he make everything right again at the end? Where even is the end? An extremely entertaining and clever movie with a wicked streak of black comedy. 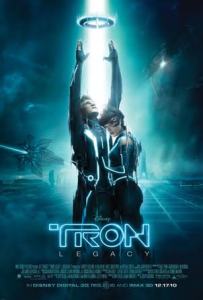 I honestly don’t know why there’s not more love for Joseph Kosinski’s sequel to the 1982 Disney movie Tron. With technology and VR having moved on, it seemed timely if somewhat bizarre to do a sequel 28 years later. But this time Disney got it right: a killer soundtrack, the most beautiful people imaginable, and an updated look that is not so much ’80s video games as a sleek iPhone, all make this a superslick movie that is beautifully shot and a wonder to behold. Unlike the original movie, there’s also an emotional subplot involving our hero, who finds himself zapped into a video game world, and his father, who created said video game world and got trapped in it 25 years earlier. Again, this is a sequel that extends the original universe. So where we had light cycles, we now have light planes. Add in a standout cameo by Michael Sheen as a David Bowie impersonating bartender, and you have a hit. What’s not to like? 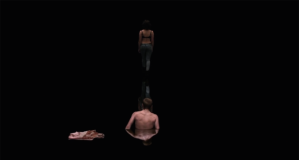 Do you like watching Scarlet Johansen seduce Scottish men and eat them? Then you’ll love this arthouse sci-fi horror movie. Apparently the film’s ultra-realistic pickup scenes were shot by having Johansen go undercover in Glasgow in a bad wig chatting to various random strangers. What puzzles me is how anyone could not recognize Scarlet Johansen. But the result is a movie that resembles that great 70s cult film The Man Who Fell To Earth, depicting a grounded take on what fist contact between humans and a stranded alien might look like. There are some bold visual set pieces here also as Johansen lures the men… well, inside her. A very dark and unusual film.

Well, here it is. The dumb Hollywood blockbuster. It ticks all the boxes. Hot female star? Check. Hot male star? Check. Big space explosions? Check. Ludicrously expensive production budget? Check. A black comedy about uncaring corporations and the essential hopelessness of the human situation? Check… wait, what? This apparently boring tail of a person named Jim stranded alone on an interstellar cruise ship after being woken up too early from hypersleep is enlivened by terrific performances from Chris Pratt (fresh from his success in Guardians of the Galaxy ) and Jennifer Lawrence. Once again, Michael Sheen pops up as an AI bartender (is he making a career of this?) dispensing wonderful platitudes that fail to help the hero out of his situation. Jim decides he’s had enough of being alone and decides to wake up a fellow passenger, doming them both to total isolation for the rest of their life as the ship takes 90 years to reach its destination. There are the usual space shenanigans, explosions, and some  wonderful gravity-defying SFX, but the movie has an emotional core and humanity that makes it a cut above most blockbusters. In short, it’s what a Hollywood movie should be.

Alex Garland is responsible for such genre greats as 28 Days Later and the less spectacular Sunshine. But here he steps firmly into sci-fi territory with a movie that pretends to be a lot cleverer than it is. Oscar Isaacs is terrific as the unpredictable and slightly bullying head of a large IT corporation who invites a random employee to test out whether his latest invention, a fembot, is truly sentient. The results, predictably, do not end well. Superb acting and a lot of head-scratching enliven a film that perhaps contains too many shots of hills covered in clouds. And it features one particularly memorable dance sequence.

Ah, Inception. There are so many things wrong with this film, but then again, there are so many things right with it. On the one hand, Christopher Nolan’s cgi-fest looks so great. Its visuals have been highly influential – sumptuous Marvel snorefest Doctor Strange (2016) seems to have borrowed heavily from it.  But when corporate saboteur Leonardo Di Caprio invades his target’s dreams he finds… nothing out of the ordinary really. Can it be that top-level businesspeople only dream about board meetings and big houses? Anyhoo… a clever twist involves the resurgence of DiCaprios dead, mad wife into his dreams, essentially putting a spanner in the works whenever he tries to go on a mission. Is it a manifestation of his subconsciousness? But the bravura sequence is the finale, in which there is a dream within a dream within a dream, until by the end of the movie we haven’t a clue whether we are awake or still dreaming. You have to admire a Hollywood movie that doesn’t tell you what’s going on. And so do audiences, apparently, as this was a monster hit as well as being critically acclaimed. 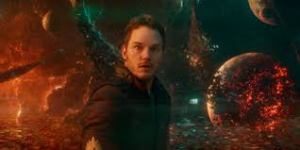 This will be known as “The movie that bucked the trend”.  In a time when superhero movies were getting increasingly “dark” (read dour and pompous) James Gunn’s rollicking ride back to the ’70s tells you it is going to do something rather different in the opening scene, where Starlord (Chris Pratt in a career-defining role), an intergalactic freebooter and modern-day Han Solo, picks up an alien lizard and uses it as a microphone to sing a few bars of Redbone’s “Come and Get Your Love” while dancing to his Sony Walkman. A joyous film that puts the fun back into superhero movies, Guardians is the Star Wars of its generation. It’s shouty, loud, colourful and warm. With awesome visual effects and a lot of fun references to the early marvel universe and Jack Kirby’s myriad creations, by the end of it we are truly immersed in this brilliantly realized comic book sci-fi universe. Dance-off, anyone?