When I was sixteen years old, I wrote my first “serious” short story.

I had written a lot before then, of course, but I had never tried to structure anything or to create real, believable characters. The story I wrote was called “The Musical Box”. It was about a women with psychiatric problems and her husband who move to the coastal town of Whitby, England to rebuild their lives. But  as the woman’s psychosis deepens, she becomes fixated with a porcelain dancer atop a musical box. In the end, she literally becomes the dancer, frozen forever like a beautiful image.

The story sat forgotten in my drawer for many years. A few years back I got it out and polished it. The story was published.

About ten years ago, I wrote a television pilot episode for a show I would like to see. It was about a bounty hunter in the future who pertended to do the dirty work of  various intergalactic tyrants, hunting down wayward clones who’d escaped before their creators could use their bodies to achieve everlastic life. But our hero is really a force for good, playing the bad guys off against each other to achieve a fair result.

I gave up on it for years, thinking it was just an experiment that would never get made because it was too big budget. Until I dug it out and started work on it again. 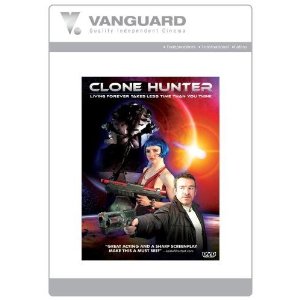 My point is, many British would-be screenwriters will be thinking, “How the hell can I ever get anything made into a movie?”. I believe this only because it’s what I think on a daily basis.

Oer the years I’ve come to believe that this is the main thing that the high achievers possess (not that I would put myself into that category, but from reading many interviews with screenwriters and their peers). So for what’s it’s worth, here are my top ten rules for surviving as a screenwriter:

1. Learn to love rejection. Treat each rejection as a step forward.

2. Don’t discuss your goals with anyone except the people you want to help you succeed.

3. Work on improving your craft as much as possible.

4. Be open to criticism, both positive and negative.

5. Know when to ignore said criticism.

6. Listen to your instincts.

7. Don’t be crazy. Be professional.

8. Ignore trends. Instead focus on creating something you love. Chances are, opther people will love it too.

10. Don’t despair. Never despair. Desperation is unattractive. It stinks. It’s like blood in the water. And big fish can smell that blood from miles off. Desperation will force you to write stupid e-mails, it will make you say dumb things, it will make you harass people to get your script read. It will destroy any chance you have at coming across like a normal, intelligent person.

I have seen people give up. Those people do not sell screenplays. If you carry on, you just might.